The stock trading app Robinhood — a major player in last month’s stock market frenzy — has long drawn complaints about its customer service, leaving users to fend for themselves, a CBS News investigation found.

Former employees described a pattern of ineffective support: customer service agents without qualifications to offer financial advice, licensed brokers too busy to help and pleas from customers that went unanswered.

The employees’ descriptions echo concerns raised in a lawsuit filed Monday by the family of Alex Kearns, the 20-year-old college student who took his own life last June mistakenly believing he owed hundreds of thousands of dollars for stock market losses on his Robinhood account. In the hours before his death, he emailed Robinhood’s customer service address three times to ask for clarification, receiving only automated responses before his death.

His family’s lawsuit filed Monday accused Robinhood of wrongful death, negligent infliction of emotional distress and unfair business practices. Alex’s parents told CBS News they believe their son would still be alive today if Robinhood had answered his pleas before he died.

His mother, Dorothy Kearns, said they decided to speak out so another family wouldn’t go through the same ordeal. 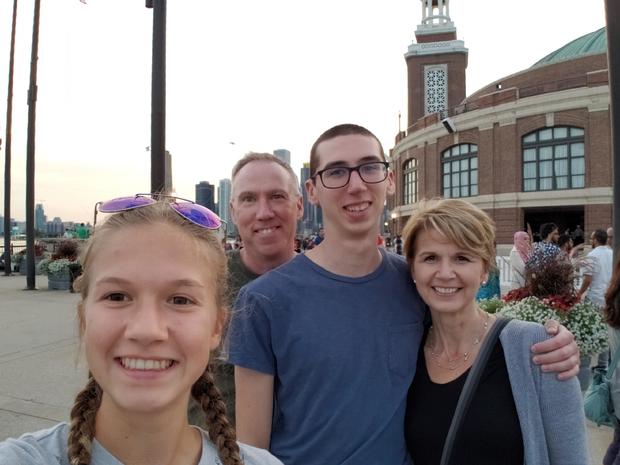 Alex’s parents told CBS News they believe their son would still be alive today if Robinhood had answered his pleas before he died. Dan and Dorothy Kearns

According to documents obtained by CBS News through a Freedom of Information Act request, other customers have also taken issue with Robinhood’s customer service, with many raising concerns about the company’s response time. In 2020, the Federal Trade Commission received more than 650 complaints from customers about Robinhood Financial LLC and its subsidiaries, more than twice as many as its competitors Etrade, Schwab, Fidelity and TD Ameritrade. A common theme among the complaints filed against Robinhood: getting “no response” from the company.

“I am unable to withdraw my money or invest in stock from my account,” one user wrote, noting it had been a week and Robinhood hadn’t responded to email. “In need of money in these difficult times as i lost my job yesterday.”

Another user wrote that the company had responded to their emails with only automated messages. “I do not have a clue what is happening to my claim or if it’s even open anymore,” the user said. “They have no way to contact by phone so i can’t even communicate with anyone.”

The Silicon Valley startup allows anyone to trade with no fees, no experience and no minimum balance.

In past years, Robinhood did have a telephone hotline to answer customer service questions.

Katy LaPlante answered calls as a contractor for Robinhood in 2016 and 2017, and said she was excited to help the “little guy” take on Wall Street, and that she believed in Robinhood’s stated mission to “democratize finance.”

But she learned customers had serious financial issues and didn’t always get the help they needed. LaPlante was not a licensed broker, so legally she could not provide financial advice. But she said the brokers Robinhood did employ were often too busy to take her referrals or field customer complaints.

The people who called the hotline were losing money, she said, but she was unable to help. “But when we’re talking about, like, ‘Why couldn’t I sell my stock?'” she said, “What service could I give you? I couldn’t give you a service. I had to basically put you off.”

Five other former customer service workers — including one who left the company last fall — all told CBS News Robinhood’s brokers were rarely available to help users who needed financial advice.

LaPlante said she pushed to get people the help they needed. “If it was really egregious, I would pitch a huge fit. And I mean, a fit. Like, put down my phone, put you on hold, start really getting aggressive with my supervisors But how many times in a day can you do that?”

Before his death, Alex wrote to the company three times to ask about his trades. D

Sources close to the matter told CBS News the company had terminated its customer phone line because the company couldn’t keep up with the volume of calls. In 2020, customers like Alex Kearns had no phone number to call.

LaPlante said the news of Alex Kearns’ death pained her, because the company had long struggled with customer service. “I feel sick,” she said, “because [customer service] was an issue then. It’s an issue now. Why didn’t you fix it?”

Dan and Dorothy Kearns said their son believed he was in deep financial trouble after a transaction last June, when his Robinhood app flashed what appeared to be a negative balance of more than $700,000.

Dorothy Kearns said, “I’m angry that they can put a number like that in front of someone, whether it’s a 20-year-old kid or a 60-year-old experienced trader.”

Dan Kearns said his son believed his account was temporarily frozen and that he owed the company money. “I think he was in just pure terror about his situation,” he said.

Before his death, Alex wrote to the company three times seeking clarification. “I was incorrectly assigned more money than I should have,” he wrote, explaining that he’d structured his options trade in a way that should have protected him from losing this much money. “Could someone please look into this?”

The company sent Alex an automated reply that assigned a case number and told him the company’s response time may be delayed.

“Alex had written them asking for help,” said Dan Kearns. “And unfortunately, that’s the only way that Robinhood communicates, is through email. And their response was a canned reply, basically, ‘We’ll get back to you later.'”

More than a full day after Alex sent his three emails to the company, Robinhood sent him an automated email suggesting he didn’t owe any money at all. By that time, he had already taken his own life.

Dan Kearns said, “They pushed him to a point where he felt like that was his only outcome.”

Ethan Brown and Benjamin Blakeman, attorneys for the Kearns family, said Robinhood cut down on customer service to save money. Had anyone “bothered to respond,” they argue in their new lawsuit, Alex Kearns “would have been alive and well today.” 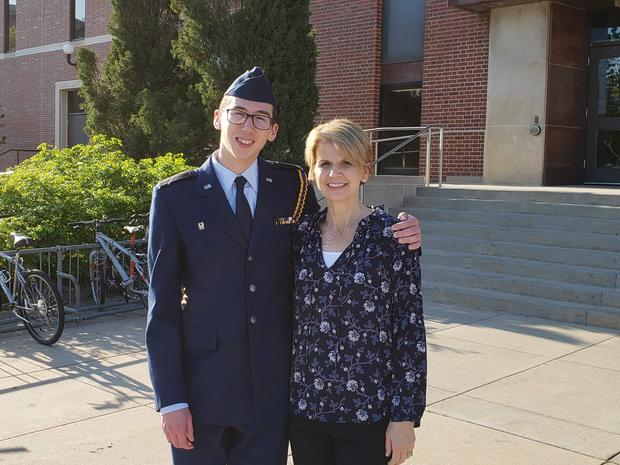 Alex Kearns’ mother, Dorothy, said they decided to speak out so another family wouldn’t go through the same ordeal. Dan and Dorothy Kearns

LaPlante said Robinhood should have had a customer service line that helped Alex. “He should’ve been able to pick up the phone,” she said. “There should’ve been someone for him to call to say, ‘Hey, don’t worry about it, like, it’ll be okay.’ And that’s what made me sick.”

Robinhood’s CEO declined an interview, but in a statement to CBS News, the company said they were “devastated” by Alex’s death. Since then, a Robinhood spokesperson said, the company tripled the size of its customer support team and hired hundreds more licensed brokers to provide customer support, and in December, it added an option for customers in Alex Kearns’ situation to request a call back from the company.

The company still does not have a phone number for customers to call.