Kevin Boehm has had it. The veteran restaurateur, who has opened more than 30 restaurants over his career and now leads more than a dozen acclaimed Chicago establishments, is facing a new round of restrictions on eateries in the state as Illinois battles an alarming surge in COVID-19.

“Just four to six weeks ago we reopened our diner again. We changed the menu and now they’re shutting us down again,” he said, expressing frustration with Illinois Governor J.B. Pritzker’s renewed — and indefinite — ban on indoor dining and bar service, which took effect October 30.

Boehm said it’s “maddening” to have to shut down his restaurants a second time, noting the costs and effort of opening and closing on short notice.

“Restaurants aren’t like a hardware store. You don’t just turn on the lights and have inventory,” said Boehm, co-founder of the Boka Restaurant Group.

The restaurant shutdowns this spring were seen by most experts as a necessary, if financially painful, way to help flatten the COVID-19 curve. But the latest jump in cases, which comes as temperatures in much of the country drop and make outdoor dining less palatable, could mean a last call for many restaurants.

“Restaurants aren’t like a hardware store. You don’t just turn on the lights and have inventory,” said Chicago restaurateur Kevin Boehm. Courtesy of Kevin Boehm

By now, many restaurant owners have already tapped their savings as well as made use of government grants and loans geared to small businesses. But such lifelines only extend so far, while Congress has to date failed to deliver another round of fiscal stimulus. That means unemployment benefits are running dry for thousands of restaurant workers — many of whom could soon lose their jobs if their employers close for good.

“We were asked to close as an industry in mid-March, and at that point nobody knew how long it was going to last. We held out hope for a warm, precipitation-free summer, with maximum outdoor seating and help from a Paycheck Protection Program loan,” Boehm said, referring to the federal relief initiative geared to small businesses. “Now, as the weather dips into the 30s, the PPP has dried up and our governor has eliminated indoor dining. That leads us down the river with no paddle, no life jacket and 15 holes in the boat.”

Noah Sandoval, the chef behind Oriole, a restaurant in Chicago with two Michelin stars, is also fretting over the latest shutdown. For one, he had purchased fish, vegetables and $3,000 worth of pricey Wagyu beef he wasn’t able to sell and serve to his guests last week. 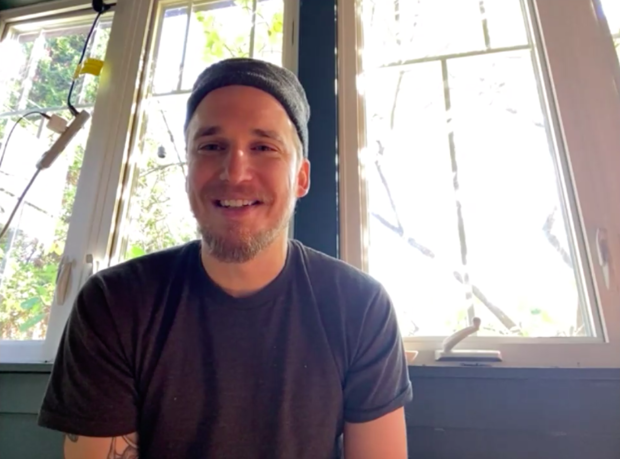 Chicago chef Noah Sandoval said he isn’t surprised the restaurant industry is facing another round of coronavirus shutdowns.  Courtesy of Noah Sandoval

After closing during the initial lockdown earlier this year, Oriole was able to reopen indoors at reduced capacity, but only for a month.

“We were just trying to get some money into our employees’ pockets and into the bank account so we could float everyone’s insurance for as long as we can — before the inevitable happened” and the virus flared up, Sandoval said. “I think people knew it was temporary.”

“We were sitting on that cash and got pretty lucky there,” said Sandoval, who is also a partner in and executive chef at Kumiko. a Chicago cocktail bar. “But we don’t have that this time around.”

Denver is another city where restaurants are facing new restrictions, forcing them to slash their indoor dining capacity from 50% to 25%. For Bobby Stuckey, the disappointing news came on the heels of the city’s first snowstorm of the year, putting a damper on outdoor dining. He’d also emerged from an unexpected shutdown weeks earlier at his restaurant, Tavernetta, after two employees tested positive for COVID-19.

Stuckey hopes to keep as many of his workers on the payroll as possible, but he acknowledged that “there won’t be enough shifts to go around.

“I’m a positive thinker, but we don’t have a roadmap for this now,” said Stuckey, who is rooting for Congress to create a $120 billion relief fund under the proposed Real Economic Support That Acknowledges Unique Restaurant Assistance Needed To Survive (RESTAURANTS) Act.

“I don’t think I’ve slept a complete night since March 17,” he said. “We care about our employees. We want to keep our business open. We care about the safety — it’s just a different playing field than most businesses,” he said.

Democrats admit elections are rigged and encourage fraud in Georgia