Restaurants in the emerging COVID-19 hotspot of El Paso, Texas, are feeling whipsawed by conflicting mandates from local and state politicians over whether to stay open, underscoring the challenge businesses face nationwide as the coronavirus gallops across the U.S. with renewed ferocity.

After shutting down completely for two months earlier this year, restaurants and bars are losing patience with the latest government orders that they see as threatening their livelihoods. At some establishments, that frustration turned into defiance after El Paso County Judge Ricardo Samaniego on Thursday ordered a two-week shutdown of all non-essential businesses to stem rising infections and hospitalizations in the area, which surged more than 350% in October.

“We are boycotting, with the most respect due to health care workers and people affected by the virus,” local entrepreneur Justin Kaufman said of his decision to keep his two gyms and five restaurants open. “We’re on the verge of total collapse. Eight months is a long time to deal with this.”

For Kaufman, that entailed shutting his businesses down for two months except for takeout alcohol, then converting his drinking establishments so that more than half of sales came from selling food, allowing them to reopen initially at half capacity, then at 75%. The capacity figure was lowered back to 50% about a month ago, and El Paso later ordered all restaurants to close at 9 p.m.

The impact on his businesses has been devastating. Each of his bar-restaurant locations typically generated about $5,000 on a Thursday. Last week, each garnered about $300 to $400 in sales, Kaufman told CBS Monday.

“I’m trying not to let anybody go — that’s been the most difficult thing,” Kaufman said of his 130 employees.

Government steps to curb the coronavirus “were not really planned well from the beginning — in January, February and March — and apparently still aren’t,” said Leon Duran, vice president of the Texas Restaurant Association and owner of the L&J Cafe in El Paso. He cited an executive order by Gov. Greg Abbott as rendering the judge’s order “null, void and unenforceable.”

El Paso County Judge Samaniego has no authority to shut down businesses in El Paso County. This is a direct violation of @GovAbbott’s executive order.

My office is quickly exploring all legal actions.

Duran’s family-owned Mexican restaurant has weathered multiple financial storms during its 93-year history, including the Great Depression, and he’s determined to see it survive the pandemic.

“We’re probably the oldest restaurant in El Paso — my wife and I have run it for 32 years,” Duran told CBS MoneyWatch. Their daughter is the fourth generation to join the family business.

After reopening in June, Duran brought back 40 employees from what had been a staff of 111, helped in part by a Paycheck Protection loan, the federal program for small businesses hurt by the pandemic.

“Whether we close or not, we’re still faced with mortgage payments” and repayments on Small Business Administration and bank loans, Duran said.

Over the last two weeks, Duran’s restaurant has seen its carryout and curbside orders increase while the number of customers served indoors has fallen as much as 20%. 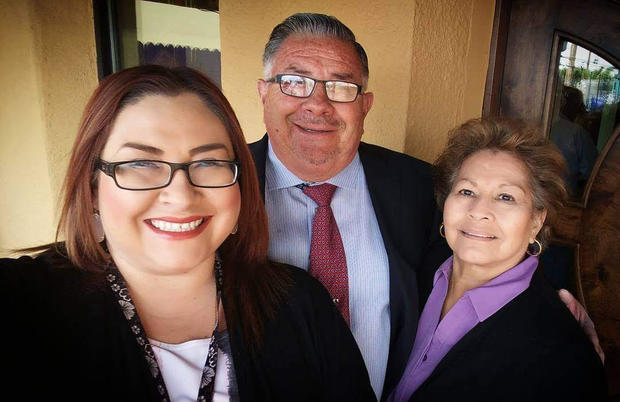 Both Duran and Kaufman expressed alarm at COVID-19’s deadly impact, and said they’re investing time and money to ensure their businesses are safe for workers and customers.

“We are struggling financially, yes, but again, based on where we think this thing is going in the future, we will be installing a heating and cooling system for air purification,” Duran said.

He wishes authorities would differentiate between businesses that are enforcing masks and other safety mandates and those that are not. “There are some bad players, more concerned with their civil rights, liberties and the pursuit of happiness, I guess,” he said of businesses and people willing to disregard the steps known to curtail the virus’s spread.

Kaufman is frustrated that the official stance seems to focus on threatening businesses with fines rather than educating restaurants on what they can do to make their establishments safer. He recently found out about a $49,000 grant from the federal government’s Build Safe program that’s being doled out by states, which he plans to use to install air-flow systems and plexiglass barriers between bartenders and customers.

“It’s going to look absolutely ridiculous, but it’s something that needs to happen,” Kaufman said. “I don’t care what my business looks like, I just want it to be safe.”

The mystery director caught trash-talking on Zoom is Tristram Shapeero

GM to recall 6 million vehicles in U.S. to replace Takata...

Democrats admit elections are rigged and encourage fraud in Georgia

The mystery director caught trash-talking on Zoom is Tristram Shapeero

GM to recall 6 million vehicles in U.S. to replace Takata...

Celebs reminisce about Thanksgivings past