COVER STORY: Promoting the power of kindness | Watch Video
Kindness is not a random act but a full-time commitment – a respect for others and their inherent dignity. Correspondent Mo Rocca talks with people who have built kindness into their daily lives, who are the subjects of a new documentary about the power of kindness, “The Antidote,” including: A California teacher whose course on world religions aims to help students be less judgmental; an Indianapolis community organizer; and a Boston doctor who treats the city’s homeless.

MUSIC: Songs from the [email protected] | Watch Video
The average age for members of the [email protected] Chorus, of Northampton, Mass., is 85. But this isn’t your grandfather’s choral group; their repertoire includes music from the Ramones, the Rolling Stones, Madonna and Twisted Sister. Correspondent David Pogue talks with chorus members about the joy of singing “golden oldies” by such composers as Bowie and Springsteen, and the challenges of making Zoom their stage.

To watch a trailer for the Young @ Heart Chorus’ Holiday Show on December 22 click on the video player below: 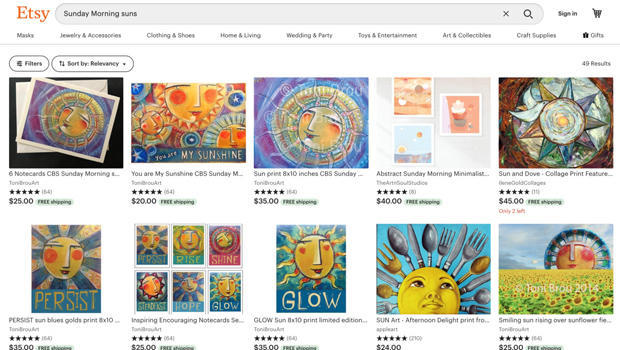 Even the sun is available on Etsy. Toni Brou/Etsy

ART: Etsy: Connecting artists with buyers by the millions | Watch Video
With more people shopping at home these days, the e-commerce site Etsy has allowed more than three million artists, designers, craftspeople and hobbyists to find markets for their work. Correspondent Nancy Giles talked with entrepreneurs who have turned their side interests into full-time jobs; and with Etsy CEO Josh Silverman, who discusses how the pandemic created an opportunity to connect creatives with customers.

FROM THE ARCHIVE: From 2009: Mo Rocca rocks his homemade hoodie (Video)
Inspired by the plucky do-it-yourself seamstresses of “Little House on the Prairie,” and by Etsy.com founder Robert Kalin (whose website sells homemade crafts and clothing), correspondent Mo Rocca set out to create and sew his own hoodie, with the help of designer R. Mackswell Sherman and the critical eye of crafts queen Martha Stewart. Fashion world, watch out! [Originally broadcast on “Sunday Morning” March 29, 2009.]

HARTMAN: Spreading some fairy magic (VIDEO)
When Kelly Kenney discovered a fairy garden in her Los Angeles neighborhood, she decided that the child who created it deserved a visit from a real-life fairy – and that’s when some true magic began. Steve Hartman reports.

FROM THE ARCHIVES: From 2019: In conversation with John le Carré (VIDEO)
The author talks with Mark Phillips about his latest novel of intrigue, “Agent Running in the Field,” whose villains are the people trying to take Britain out of the European Union.

FROM THE ARCHIVES: From 1996: The secret world of John le Carré (VIDEO)
The putative end of the Cold War didn’t mark the end for master spy storyteller John le Carré, who continued to write thrilling bestsellers of international intrigue and duplicity. Mark Phillips talked with the writer about how his “secret world” hadn’t changed all that much, and with London tailor Douglas Hayward, who served as a source of inspiration for the British expat who finds himself in the middle of a plot in crime-and drug-ridden Panama City, in le Carré’s novel, “The Tailor of Panama.” Originally broadcast on “CBS Sunday Morning” November 17, 1996. 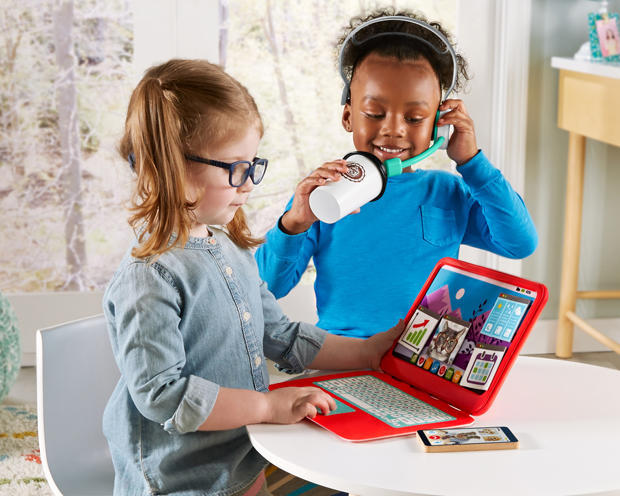 With My Home Office from Fisher-Price, your preschoolers can learn the joys of Zoom conference calls while working from home. Have that latte-to-go handy! Fisher-Price

TOYS: Fisher-Price: 90 years of building classic toys
Innovation mixed with a little nostalgia is a formula that has served Fisher-Price for nearly 90 years. Correspondent Serena Altschul looks at the history of the company that believed toys would make a difference in the world, and speaks with customers who fondly remember the toys of their youth.

COMMENTARY: Jim Gaffigan’s 2020 waitlist
As Americans wait for a physical and metaphorical shot in the arm, the comedian notes the many ways this year has been one long waiting game for something better. 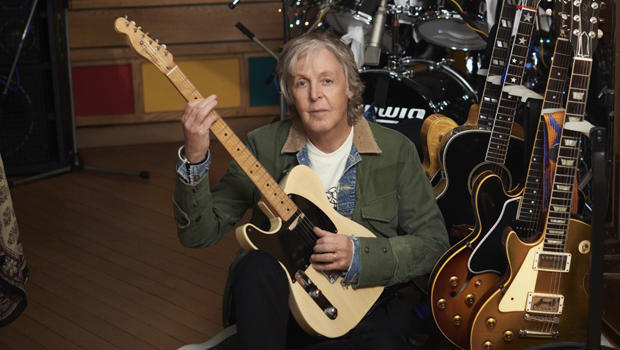 MUSIC: Paul McCartney on creating his new solo album “McCartney III”
While he was in pandemic lockdown, Sir Paul McCartney was writing new music for his latest solo album, “McCartney III,” on which the 78-year-old not only served as songwriter and producer but also played nearly every instrument. Correspondent Seth Doane talked with McCartney about the former Beatle’s “rockdown,” and his songwriting relationship with John Lennon, who was killed 40 years ago this month.

FROM THE ARCHIVE: From 1991: Paul McCartney on his “Liverpool Oratorio” (Video)
He’s written hundreds of songs, as a Beatle, as the frontman of Wings, and as a solo performer. But Paul McCartney faced new challenges when he was commissioned to write a work for orchestra, soloists and chorus. Correspondent Eugenia Zukerman talked with McCartney about his “Liverpool Oratorio,” then in rehearsals for its U.S. premiere at New York’s Carnegie Hall. She also spoke with conductor Carl Davis; Walter Turnbull, director of the Boys Choir of Harlem; and Robert Bass, conductor of the Collegiate Chorale, about their participation in a landmark work by one of the 20th century’s greatest songwriters. [Originally broadcast on “Sunday Morning” November 17, 1991.] 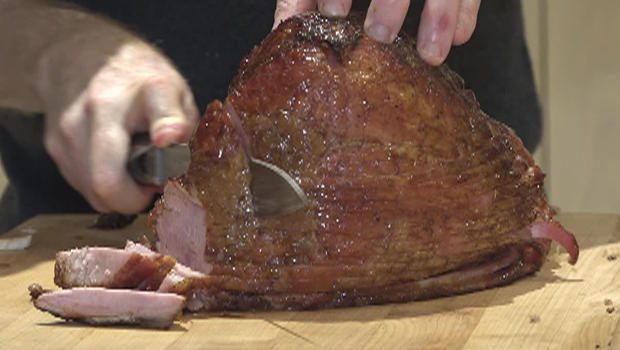 ‘TIS THE SEASON: Bobby Flay on creating a holiday meal fit for 2020
As Christmas approaches and news of vaccines brings hope on the horizon, the chef and cookbook author suggests the way back to normalcy may be via our stoves.

DVR Alert! Find out when “Sunday Morning” airs in your city

Full episodes of “Sunday Morning” are now available to watch on demand on CBSNews.com, CBS.com and CBS All Access, including via Apple TV, Android TV, Roku, Chromecast, Amazon FireTV/FireTV stick and Xbox.

You can also download the free “Sunday Morning” audio podcast at iTunes and at Play.it. Now you’ll never miss the trumpet!

Why a global economic recovery from the Covid pandemic must tackle...